Warren Buffett is one of the most powerful investors in the world.

Today Buffett is CEO of Berkshire Hathaway, but he bought his first stock when he was just 11.

And he’s been very, very good at it. Buffett is worth $82.5 billion, according to Forbes, making him the third richest person alive (behind Amazon founder Jeff Bezos and his friend and Microsoft co-founder, Bill Gates).

So how does he do it? Here are five of his best bits of investing wisdom.

1. Investing is a long game
“Now if they think they can dance in and out [of the market] and buy and sell stocks, they ought to head for Las Vegas. I mean, they can’t do that,” Buffett told “Squawk Box” October 2014. “But what they can do is determinate that there’s a number of solid American businesses, a great number of them, and if you own a cross section of them and particularly if you buy them over time, you basically can’t lose.”

Buffett has also likened buying stocks to owning more tangible assets. “If you own stocks like you’d own a farm or apartment house, you don’t get a quote on those every day or every week,” Buffett told “Squawk Box.” So, too, should it be when you’re buying a share of a company.

2. Diversify
To protect your money, buy stocks in various different kinds of companies and spread your purchases out over time.

3. Stocks are now generally better than bonds
“If you save money, you can buy bonds, you can buy a farm, you can buy an apartment/house — or you can buy a part of an American business,” Buffett said in February. “And if you buy a 10-year bond now, you’re paying over 40 times earnings for something whose earnings can’t grow. You compare that to buying equities, good businesses, I don’t think there’s any comparison.”

Meanwhile, the benchmark S&P 500 Index has averaged an annual return of 10.2 percent over the past 30 years, according to FactSet.

Clearly, even as Buffett himself has said, anything can happen in markets. If bond interest rates overtake stock market returns, then this advice no longer holds. “But I would say this: If the 10-year stays at 2.30 [percent interest rate] and it would stay there for 10 years, you would regret very much not having bought stocks now,” Buffett said in February.

“The one thing I’m sure of is that overtime, stocks from this level will beat bonds from this level,” Buffett told “Squawk Box” October 2017. “Stocks [have] been so much more attractive than bonds for a long time now.”

4. You can’t time the market
“You’re making a terrible mistake if you stay out of a game that you think is going to be very good over time because you think you can pick a better time to enter it,” he told “Squawk Box” in February 2017.

5. There’s no room to be emotional
“Some people should not own stocks at all because they just get too upset with price fluctuations. If you’re gonna do dumb things because your stock goes down, you shouldn’t own a stock at all,” said Buffett told “Squawk Box” in February 2018.

By comparison, “If you buy your house at $20,000 and somebody comes along the next day and says, ’I’ll pay you $15,000, you don’t sell it because the quote’s [$15,000],” added. “Some people are not actually emotionally or psychologically fit to own stocks, but I think that more of them would be,” Buffett said, if they were more educated on what they were really buying, which is part of a business.

About CNBC Make It.: CNBC Make It. is a new section of CNBC dedicated to making you smarter about managing your business, career, and money.

5 of Warren Buffett’s best tips for investing in the stock market | CNBC Make It. 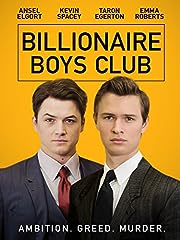 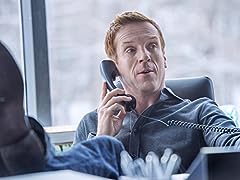 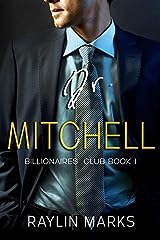 Buffet is a traitor to the America that gave him the opportunities he had to get filthy rich. Buffet has been buying US companies, closing them down and sending the jobs to China for cheaper labor. He bought out nearly all the boot companies like Tony Lama, Justin, etc. and now they’re made in China and the quality is crap. My buddy is a boot and shoe repairman and said he can’t even resole most of those boots anymore because they’re made so cheap. They’re like disposable boots. I can’t wait until Trump’s tariffs go into effect on all that crap that Buffet and others are making in China. Tariffs on Chinese made things should be so high that people will buy US made things once again.

There were two number 4’s

At 10 he sucked off a rich jew that is how it works. They are PEDOPHILES

Hello Every one … Welcome to the Indian Stock Market . Low Brokerage and Paperless Account Opening . Trade and Earn from your phone and pc . Just fill your Mobile no and Email Address. We call you back. Click here

Only stupid will stay with stocks. Get out NOW. GET OUT NOW. GET OUT NOW. THEY ARE GOING TO STEAL EVERY LAST PAPER AND DIGITAL DOLLAR. DON’T TRUST THESE PEOPLE. THEY ARE LYING TO YOU TRYING TO GET YOUR MONEY!!!! BEWARE! DO NOT TAKE INVESTMENT ADVICE FROM THESE CRIMINALS!!

RICH PEOPLE ARE TAKING OUR MONEY BECAUSE WE ARE IGNORANT

Warren doesn’t diversify at all actually, hes quoted as saying “Diversification is protection against ignorance”

Buy PHYSICAL SILVER IF YOU WANT TO SURVIVE!

Expeditetools ,com ae awesome, I received a hacked transfer of $23,000 from them

They are about to Take your money again.

thanks for this vid

warren buffett surely does not know when to buy stocks. Look at his recent buys…

YOU AREN’T IN THE CLUB

Don’t find any thing exceptional. Know these advice before

Warren Buffett is lying like the news always has done. Liars manipulating stocks for themselves. News manipulates markets right? So who thinks the news wouldn’t manipulate the stories just to make profits on the stock market. Like HOW STAGED MASS SHOOTINGS BOOST GUN STOCKS??!! OH yeah they do. No brainer. What theif with all that power of tell lie vision wouldn’t use it to make idk….TRILLIONS?? Where is the 22 Trillion Pentagon? Where is the 45 trillion Federal Reserve? How much do the American people owe from this? 23 trillion debt? On OUR BACKS UNACCOUNTED FOR?? You all have GOT to be kidding right?

Be wary of stock advice from him. He’s a billionaire market maker, so his time horizon, risk tolerance, and capital are not the same as the average joe out there.

Dont invest in stocks idiots they are about to pull the plug and get your money again.
BUY PHYSICAL SILVER NOW

He is quiet these days because he is busy “shopping” at the “2018 Xmas stock clearance sale”!

I knew of an old man who had 10 million dollars worth of shares. Was losing is mind so lived with one of his daughters and her partner who had to put things on hold and take care of him when he had more then enough to pay for help around the clock

Apple is at 52 week low, why don’t you buy more lmao

He says don’t try and time the market, while holding 115 billion dollars in cash waiting for the market to crash lol!! Come on Buffet